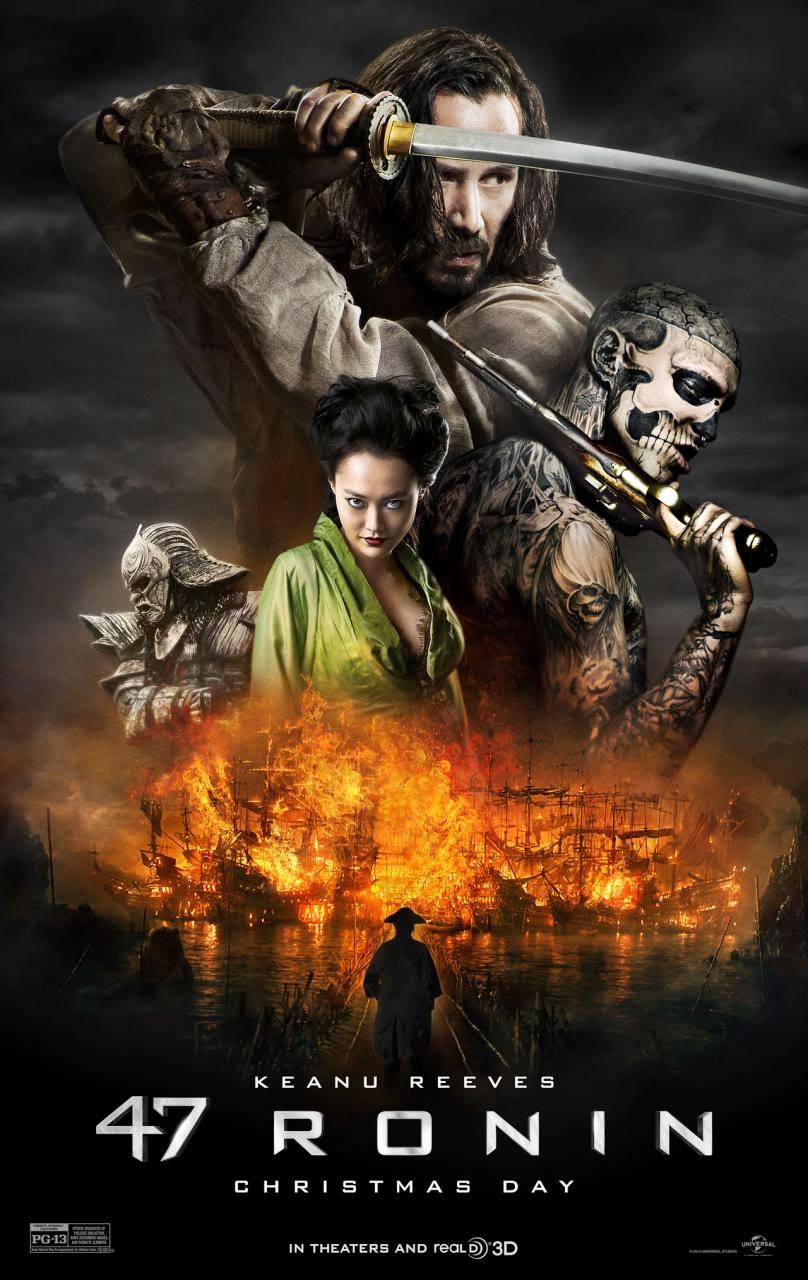 It's been ages since my last "Movie Time", try 7 months, oops!  As I mentioned in my last post, I love a good action romance book or movie, and a month or so ago, I found one!  47 Ronin

In order to appreciate it, you have to enjoy martial art movies.  I've been a big fan of this genre since I was a kid watching all of Jean-Claude Van Damme's films!  It takes an old story and adds fantasy, and of course Hollywood money & actors.  Here's the unusual part, the lead is Keanu Reeves.  Stop laughing, he actually did a good job!!!  (I know you're all picturing Tom Cruise and The Last Samurai!)  The movie has you rooting for his character, Kai, the entire time, even until the bitter end.  (Wow, everything I've wanted to write will give away too much.)  I feel the movie has something to offer everyone... action, romance, acceptable CGI, interesting characters, great costumes, and of course decent acting.  Not wanting to spoil the movie, all I can say is, give it a chance.  (And if you want a hint, imagine Jet Li's The Forbidden Kingdom mixed with Memoirs of a Geisha.)