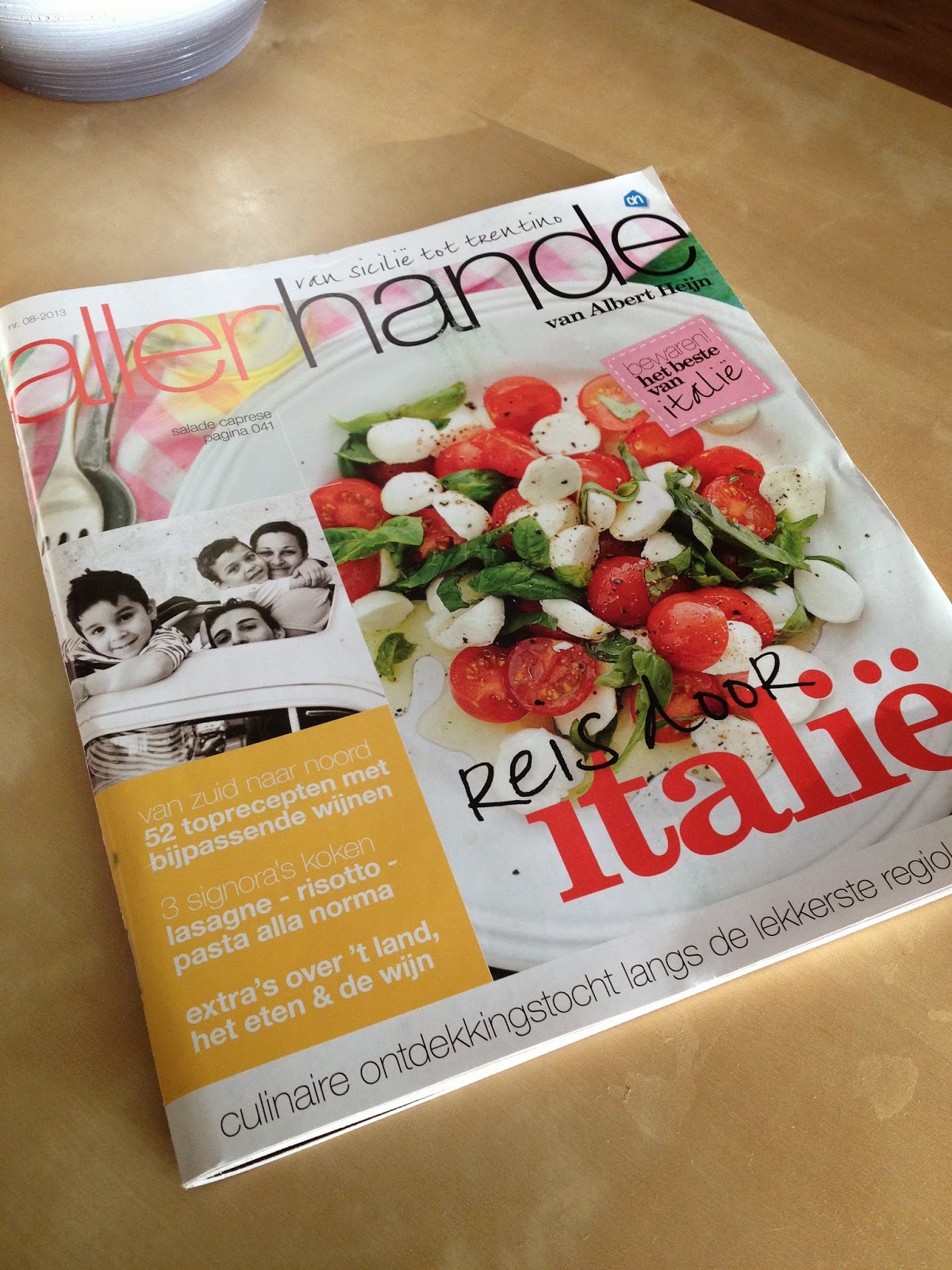 In my family I am known for hoarding, and one of the many things I hoard are recipes.  The funny thing about this is, I am not known for cooking well, ha-ha!

Anyway, about once a month one of the local grocery stores prints a magazine full of recipe ideas based on products they sell, called Allerhande.  I keep them, well, almost all of them... and for years.  All with the good intentions of cooking some of the lovely ideas.

Well, during a big clean up my husband came across my stacks of Albert Heijn magazines and was not pleased.  He wanted me to toss the stack out but I convinced him to compromise... I was 1st going to cut out the recipes I want then recycle the rest of the magazine.

This project sounded simple, I would be done in no time, reducing the stack to 1/8 of what it was.  Turns out it takes a lot longer per magazine than I imagined, I am still occasionally pulling one out and sifting through it. 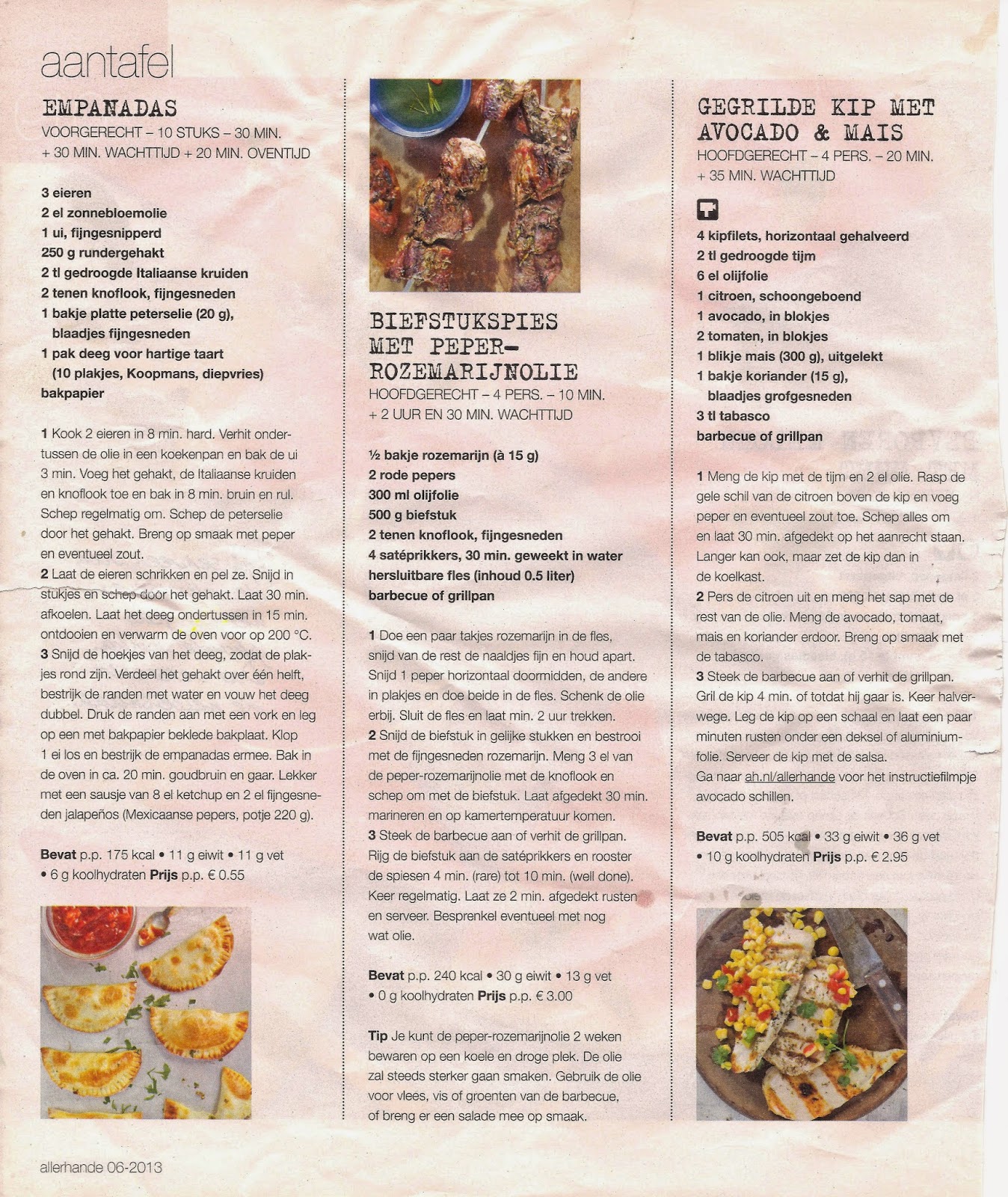 I was proud of my progress until my husband mentioned that if I was going to keep the clippings I was also going to have to actually cook some of the recipes.  Hmm.  This meant actually remembering to buy the items at the store... or actually risk wasting the food if I failed... or facing the reality half of the recipes are things I like but that doesn't mean my daughter or husband eat them.

Since this all started a couple months ago, I am happy to say I have tried at least 3 recipes.  And funnily enough they are all from the same clipping (oh jeez)!

The rosemary-pepper beef on skewers was a bit of a concern for my hubby.  It had a lot of hot red peppers and ran the risk of being too spicy to eat.  He thought I made a mistake somewhere, but in the end it was just flavorful and not overbearing.  Well, as long as you didn't lick your fingers.

The grilled chicken with avocado & corn salsa was also good.  The Tabasco mixed in added an interesting flavor.  I probably overdid the salsa, it was extremely filling, but it was all tasty and I was happy with the results.  Even if I didn't actually grill the chicken on the bbq. 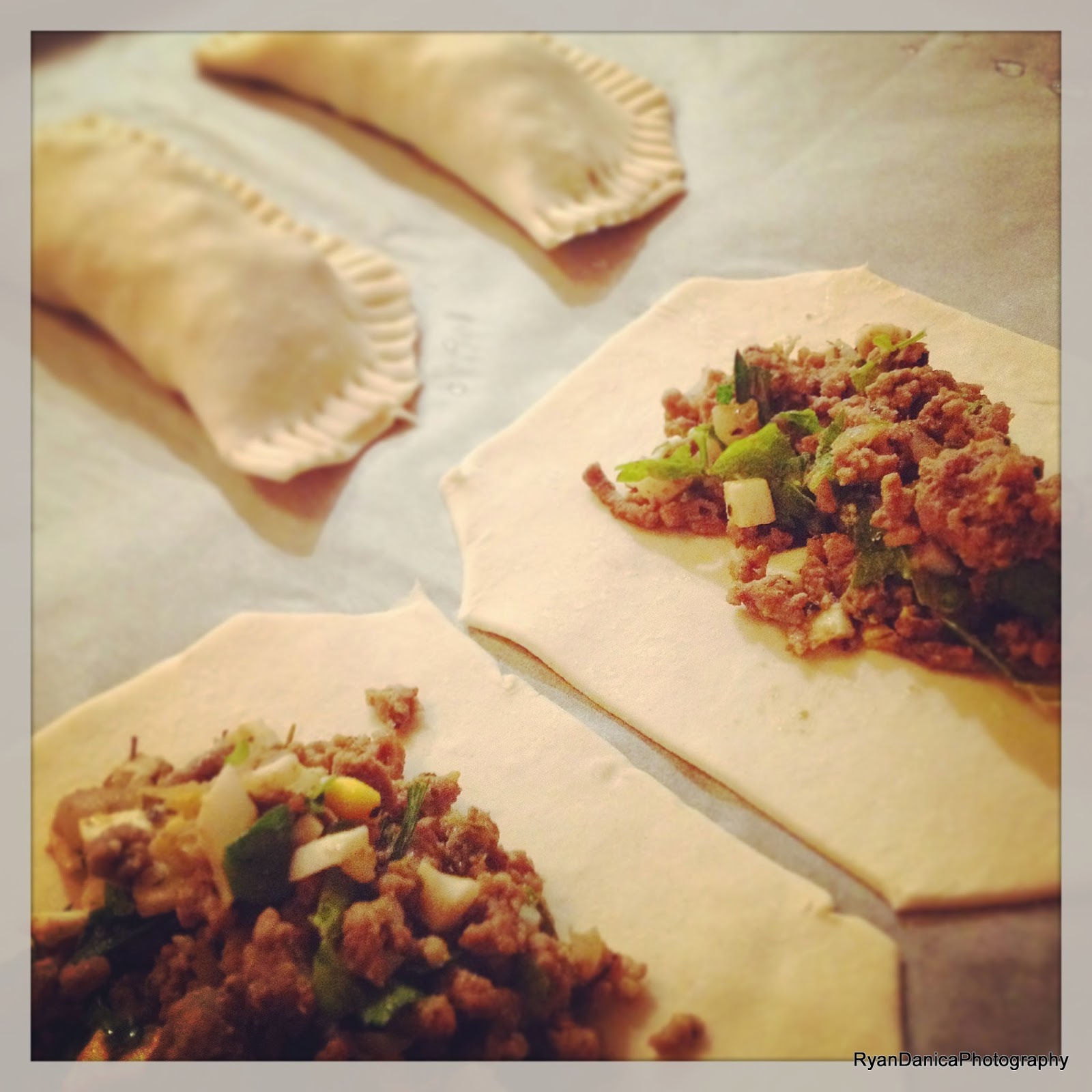 And the empanadas, well, they looked great, the texture was perfect, but for some reason there was a total lack of flavor.  Apparently I made a mistake somewhere.  I thoroughly enjoyed making them & eating them, and next time I'll pay better attention to the recipe... there was marinating time in there somewhere that I left out due to time.

See, when making the recipes I have to translate them from Dutch to English, and sometimes I can miss something until too late or all together, oops!  I will not let it stop me though.  I have plenty more recipes to try out, and that's without touching the 8 cookbooks I already have.  One day I'll get to them too, hopefully before my husband asks me to throw them out also!!!