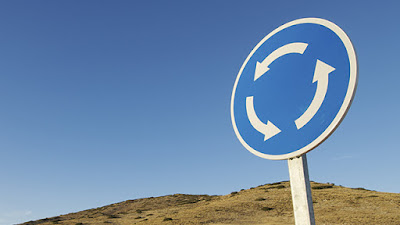 Hello Everyone!  It's 2016 and it only took me just over a month to write my first post!  Not bad considering my track record lately.

...in the last post I mentioned wanting to get involved with charity work.  Turns out getting into volunteer work here in The Netherlands isn't easy.  It's almost like taking on a side job, contracts, large commitments, insurance... c'mon!  What ever happened to having a couple hours of spare time a month and being able to just go and help people or animals?  Sure I know it's for every one's safety, but they are also deterring usable people.  My husband seemed to find a good solution, and managed to execute his idea.  So the one person not talking about it was the one that actually did something!  (He also got lucky they came to the door looking for help.)  My husband and daughter signed up to walk around the neighborhood and collect money for the "hersenstitching".  (A charity that helps with brain related diseases.)  Unfortunately my daughter & I were sick that week and he had a couple large deadlines, so they weren't able to hit up as many houses as planned but they still played their part.

...another similar post was about helping out.  I can at least say I have been doing a small portion to help.  I have been going through boxes and boxes of baby clothes and making different piles -  sell - donate to a 2nd hand shop - and donate to a charity.  The charity donations have been easy, literally put the stuff in a bag and deposit the bag in the collection bin in our neighborhood.  It might be easy but it's good to know we are helping a baby/toddler somewhere in the world.  Dealing with the rest of the stuff is going to be a bigger project, and an upcoming post.

...normal life abroad... yeah, last time I checked we were still normal, oh wait, tax season is rolling around again.  No, in that we're not normal... because being Americans abroad we get to pay taxes twice just because the US says so!  Not fair, and definitely separates us from so many other cultures.  (Complaining about an unfair tax system and FACTA, will have to wait for the appropriate future post.)

...where have we been... we moved from the city to a small village back in the summer.  In many ways it really suites us and has changed our lives for the better.  In other ways, the distance from everything has proven to be a challenge on many occasions, but I guess with the good comes the bad.  We love the house and surrounding landscape, but wow, I had no idea keeping up with a house and yard was this much work.  Remember, we moved from a small two bedroom apartment to a house more than twice the size.  At times keeping up with it all is quite overwhelming, but I wouldn't trade it for the apartment again!  I guess less complaining and more working will do the trick.

...how are the recipe clippings and cooking going, well, worse than ever!  I've stopped collecting recipes because I have come to realize I just can't cook well.  My cooking skills have actually regressed since moving, maybe it's lack of time or not understanding the oven here, either way wow!  Every meal gets served with an apology and it's growing quite tiresome.  A wife should be able to cook, especially a stay-at-home mom.  I never thought my cooking skills would contribute so much to how I feel about myself, but it's just getting embarrassing.

Well, after re-reading this I am wondering why the follow-up on everything has been more negative than positive???  Sometimes we just try and do everything, and we all know that's impossible.  Probably time to stop spreading myself so thin!  Have a great day!