Being that I'm in the car roughly 2hrs a day (school runs & sports) I have a lot of time to listen to music.  You can often catch me using my steering wheel as a drum or singing at the top of my lungs.  But being that I listen to so much music I can easily get bored of a song or cd, so it's important to keep finding new stuff.  (New to me, not per say new to the market.) 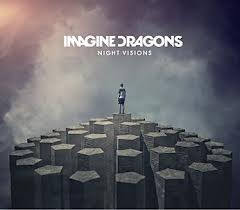 During the last season or so of X Factor or American Idol I kept hearing poor attempts at some song called Radioactive.  After a while I grew curious and wondered what the actual song sounded like.  After hearing Imagine Dragons original version I knew I wanted this on my car playlist!  I went even further and gave the entire album (Night Visions) a chance.  Not every song is for me, but I definitely have favorites to recommend besides Radioactive...  Demons, I can play this over and over... On Top of the World, it's just fun.  And even better, we get to see Imagine Dragons live this summer, because they're playing at a huge weekend long music festival and we have tickets!!! 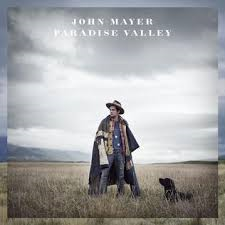 And obviously I can't survive on one album alone when bopping back and forth, so I tossed in some John Mayer also.  (Funnily enough my husband and I stumbled upon his music in the same weekend, while in different countries!)  My husband basically likes one song, Speak For Me... I am yet to get this in my car but will probably get around to it this week.  Me, I've been giving his Paradise Valley album a chance.  There are a handful of songs I like... Dear Marie, Badge & Gun, Waitin' on the Day, & I Will Be Found... o.k., more than I realized!  Needless to say, I'll be looking up more of his music.  (And I don't care that my friends laughed and said they don't take him serious.)

What are you listening to these days?  Any recommendations for my car playlist?

(BTW, still occasionally listening to the songs from Music Moments #5!)