My life is full of music moments, certain activities almost require that there is music involved.  For me those main moments are while driving, exercising, and writing.  But throughout the day music also fills our house, especially when my husbands home, his iPhone is always bolting out the latest tunes.  And when he's not home, well, there's a lot of kids music... Barney is a favorite with my tot! 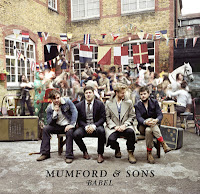 What's the number one album blasting through our house at the moment :
It's Mumford & Sons latest album, Babel.  They can do no wrong!  I thought their last album couldn't be topped, but now there's Babel.  I'm sure you've all heard I Will Wait playing on the radio.  The banjo and mandolin keep your head bobbing and the songs are catchy and hard to get out of your head.  There's a great mixture between upbeat songs and slow ballads, all of which worth listening to.  And what's even better, it's music I can listen to with my toddler around and not worry about her repeating vulgar words or hearing adult only content. 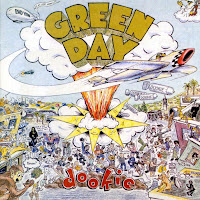 What's playing in my car (o.k., my husbands car that I borrow occasionally) :
I have to admit, I still haven't taken Fun or Lana Del Rey off the USB stick.  But I also added Green Day's newest album, Uno.  When I added this album it reminded of how much I enjoyed their 1994 album Dookie.  It was one of those albums that accompanied my early teenage years.  As soon as I added it to my car playlist I realized I still remember all of the words.  The mind is a funny thing, I can't tell you what I did last weekend but I know all the words to Basket Case and When I Come Around 10 yrs later! 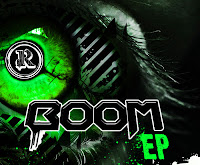 What's playing while I exercise :
Somehow I missed out on a genre of music called Dubstep.  When I finally realized I was interested in it, I coined my own term, techno-hip-hop.  My husband was embarrassed for me and after I said it to friends for the umpteenth time, he told me it was actually called Dubstep.  Immediately I hopped on the computer and looked around for a popular artist in this genre, and I found Datsik.  I wouldn't say this music is for everyone, but wow does it get you pumped up.  Something you need while working off the fat on the elliptical machine.  And on one of the rare occasions I ended up in a bar after 2AM, they were blasting this music and the crowd couldn't get enough.  I could have danced the rest of the night away (except I'm 31 yrs old and I knew the next day my toddler would come home from grandma's!)  I'm sure there are other great Dubstep artists out there, so if you know any, please let me know. 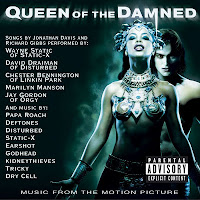 What's playing while I write :
Well, right now Mumford & Sons, but lately the Queen of the Damned soundtrack.  For those of you who are unfamiliar with Queen of the Damned, it was a great vampire movie from 2002.  It also had a worthy rock music soundtrack.  Not just any rock, great music created with the help of Jonathan Davis from Korn!  I was working on a mythological story and the music was perfect to play in the background.  Once I played the album a couple times it dawned on me that I could also use it while exercising.  You can't compare it to Dubstep, except it does get your blood flowing... and... you really have to enjoy this type of music to get into it (I imagine a lot of people my age and over cringe at the sound of either!)


Well, that's it for this time... who knows what I'll be listening to next!  Do you have any suggestions?
Email ThisBlogThis!Share to TwitterShare to FacebookShare to Pinterest