Ok, back in February I was stoked that I had set out to make terrariums.  And to be honest they didn't turn out exactly how I expected but still made for a nice decoration in the living room.  But inevitably the process of creating the terrariums was a lot more fun than maintaining them.  Between overwatering (or possibly under watering), not enough sunlight, and a general lack of knowledge when it comes to moss, the terrariums weren't looking great month or so down the road. 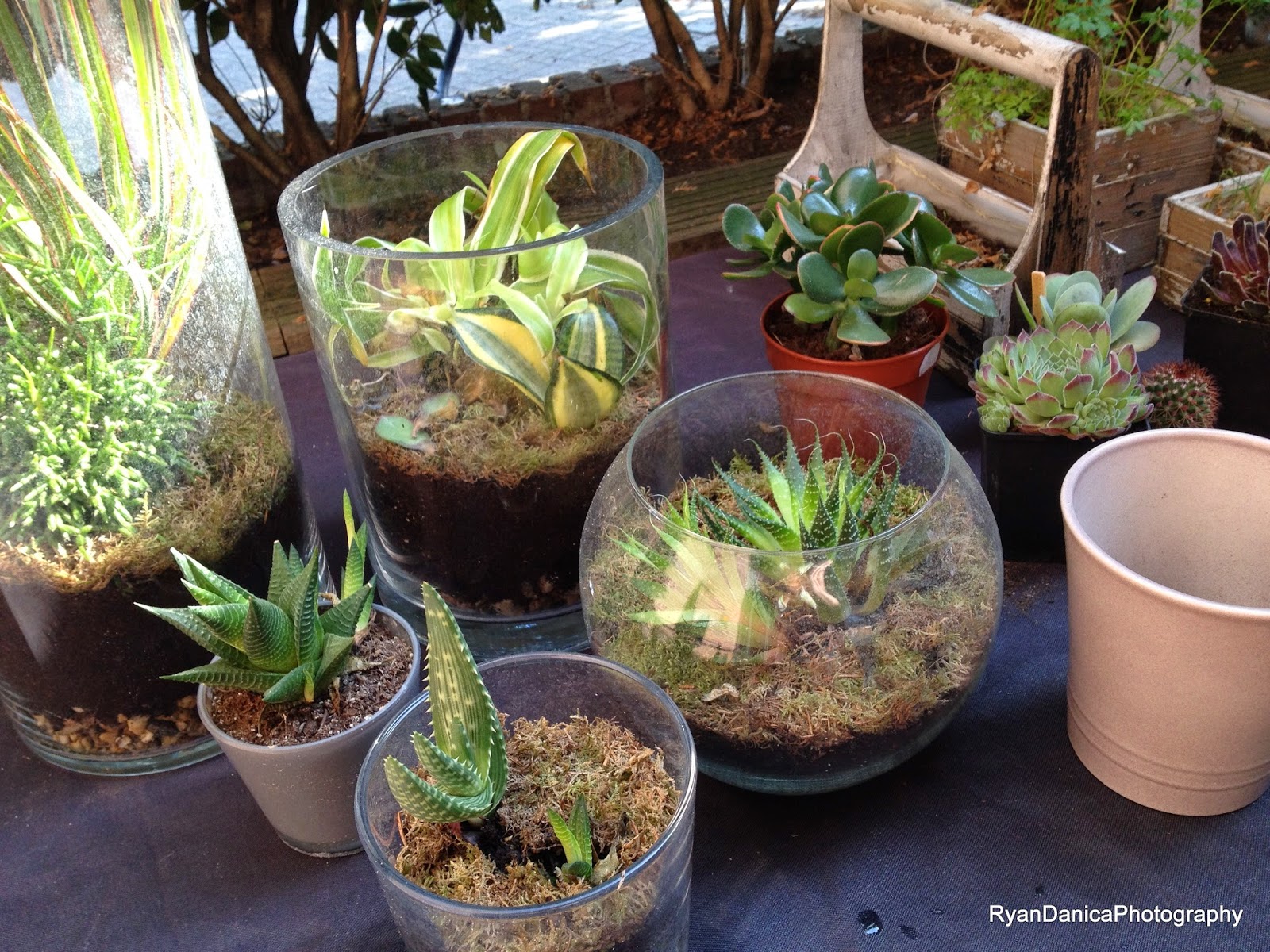 It was time for a spruce up - especially considering we have people viewing our apartment and it was far from appealing.  Some of the plants seemed to fair better than others, this meant I needed smaller sturdier succulents.  Back to the garden shop we went, and together we picked out 5 new plants.  Not all were intended for the terrariums, I planned to shift some of the plants and use a couple other pots lying around.  (Pots left over from the basil I managed to kill by forgetting it outside one night in the cold - maybe I don't have such a green thumb after all.) 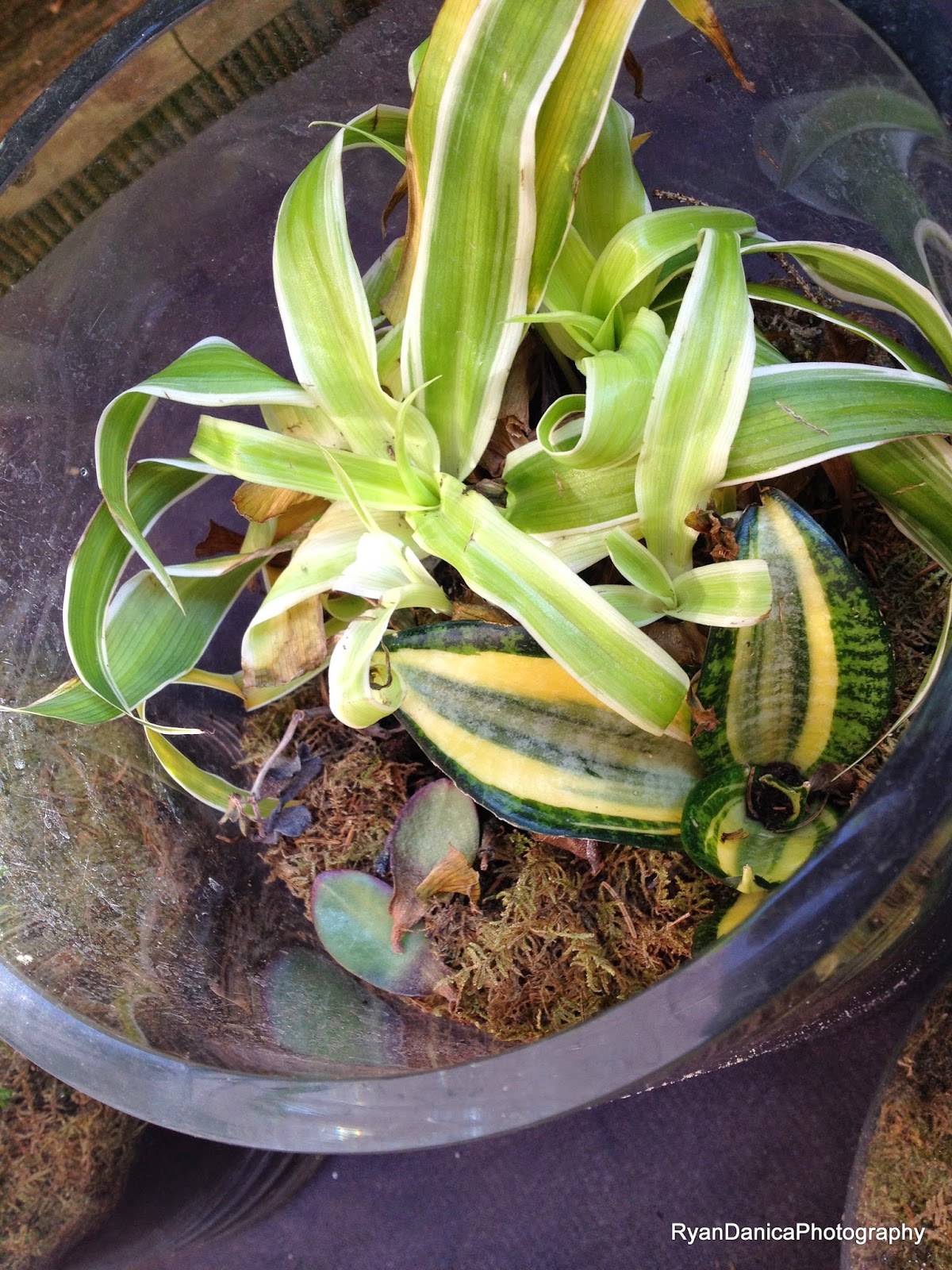 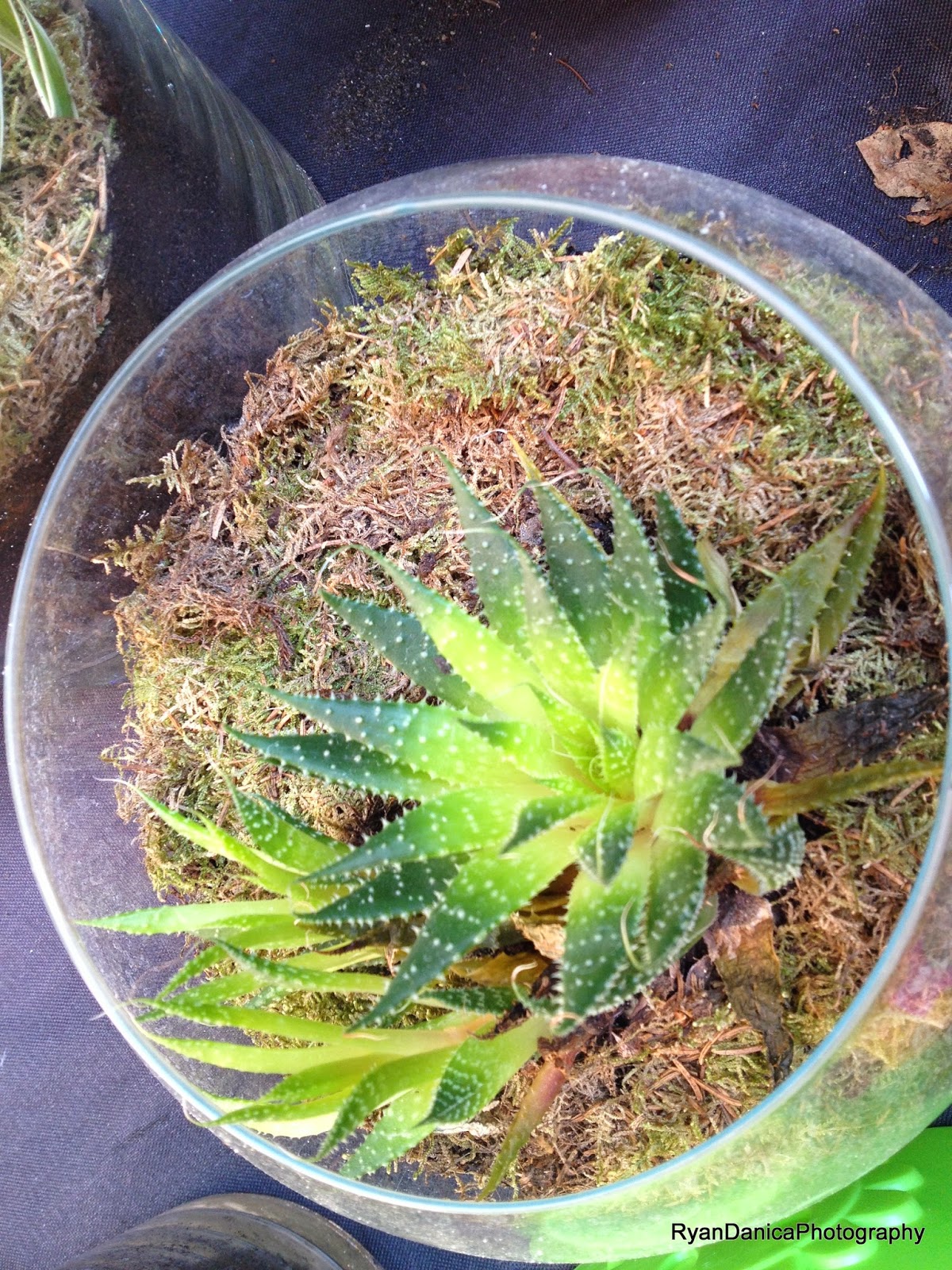 The moss died every time, so I just yanked it out.  Some of the other plants had rotted and were removed a while ago.  Then surprisingly a couple of the plants had actually grown and started to spread, like the Torch plant.  The firsts terrariums I built were over crowded, this time I went for less is more, obviously hoping round two goes better, fingers crossed.  Oh yeah, there was also the Spider plant that was on the brink of death, which I repotted and put outside in a last ditch effort.  And I decided to throw in a cactus this time, getting it home and planting it proved to be a painful experience despite how small it is, ha-ha! 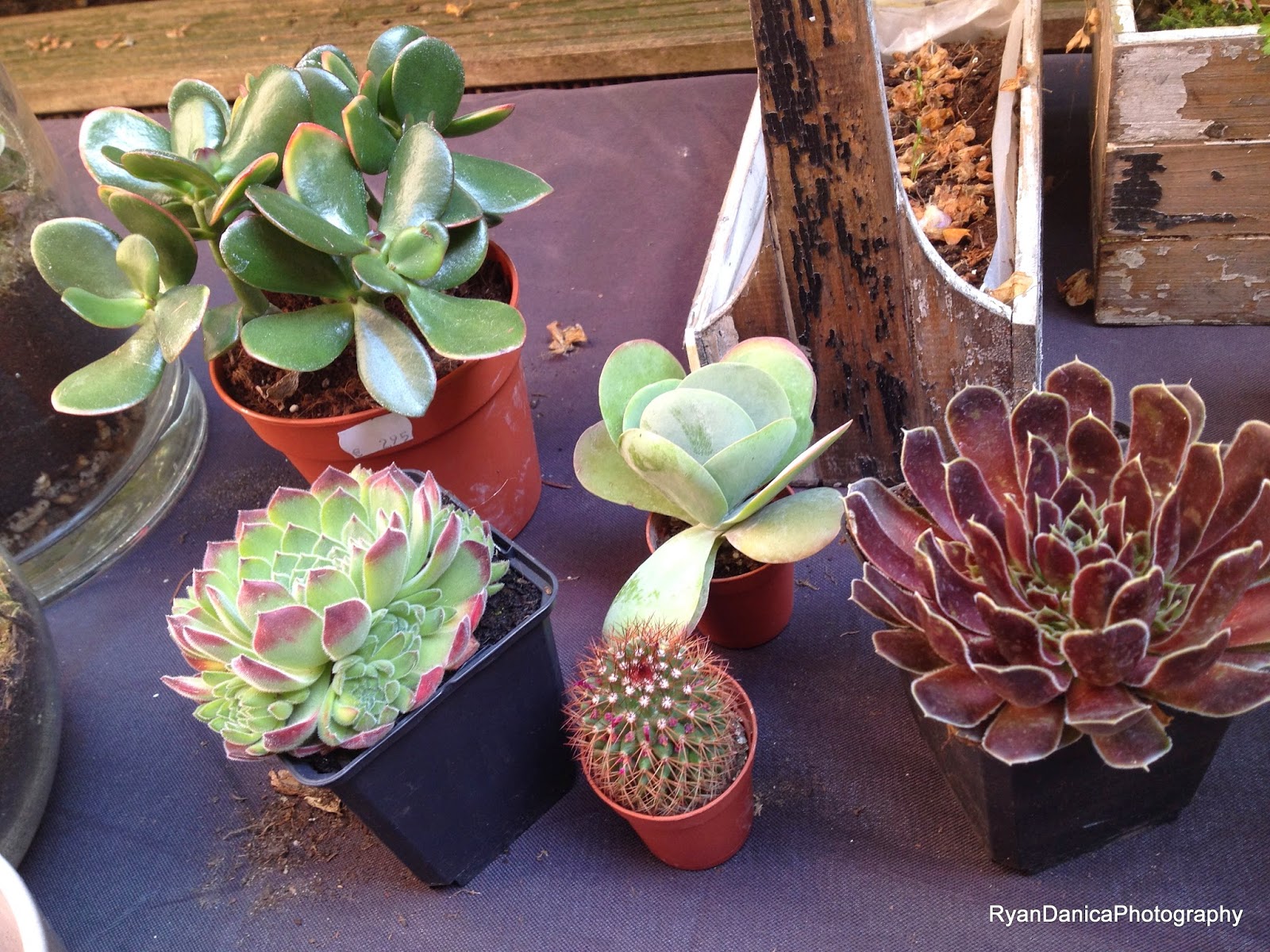 Probably should have pulled out a camera other the iPhone, but here are some pics of finished round 2. 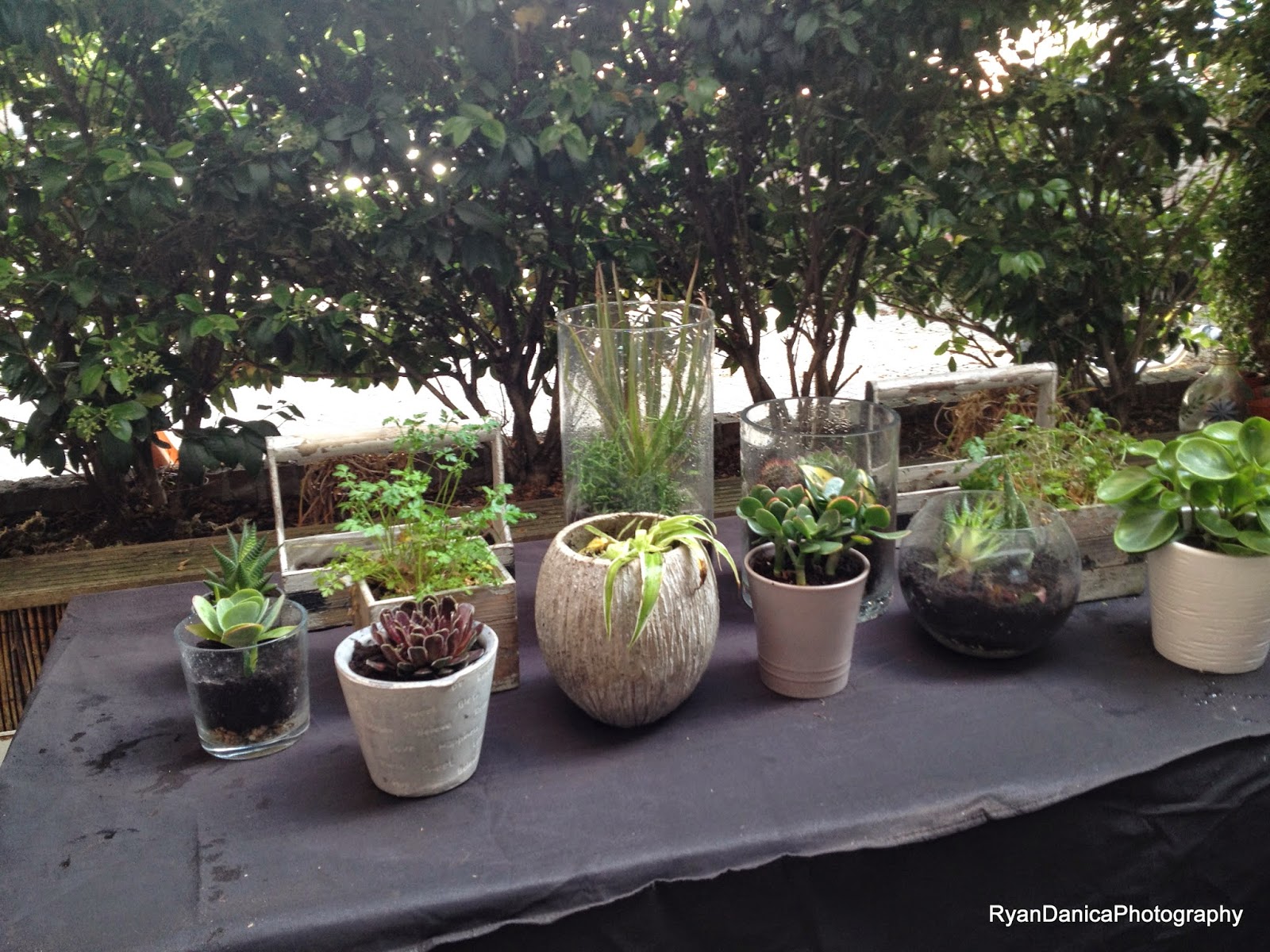 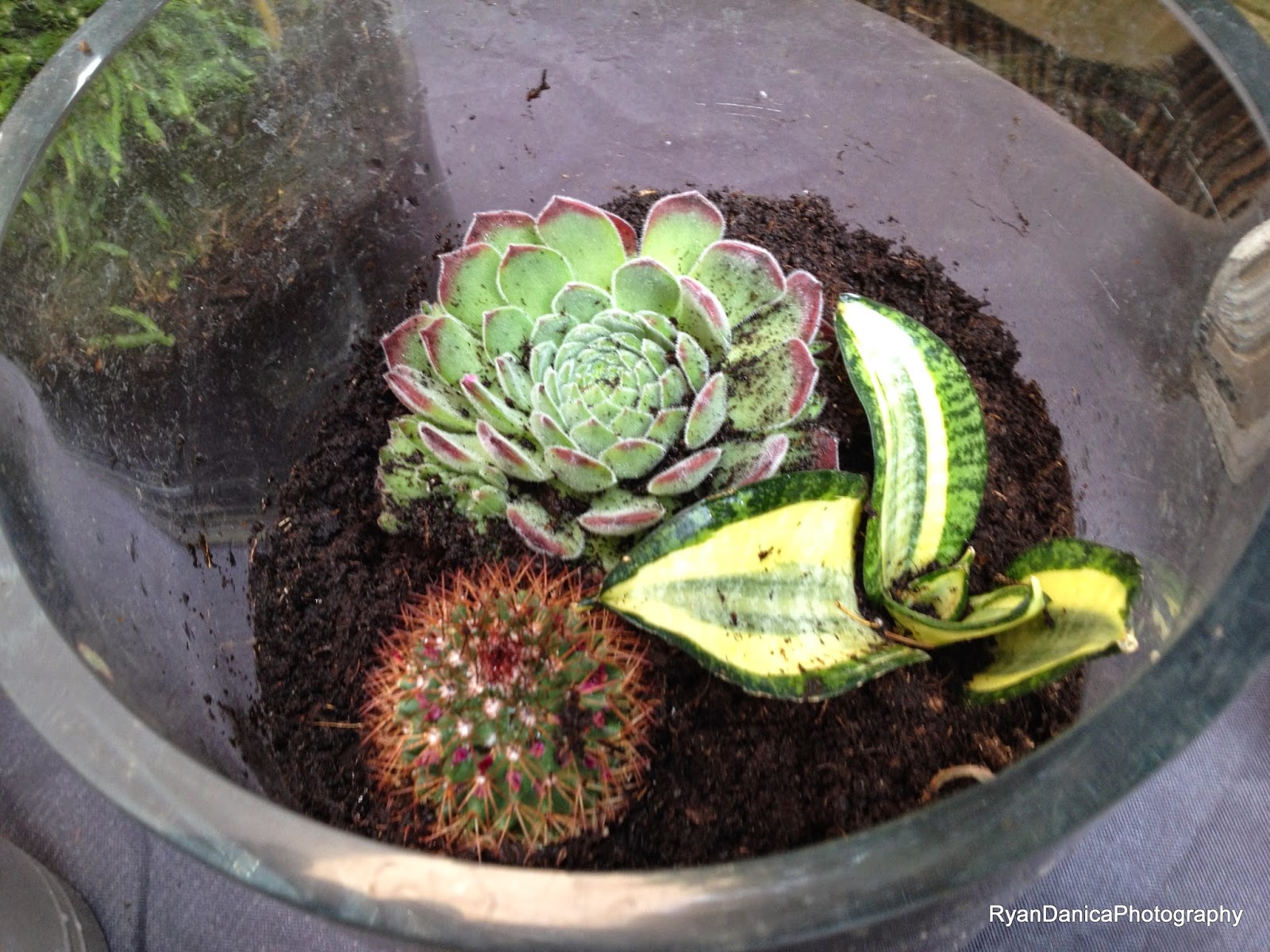 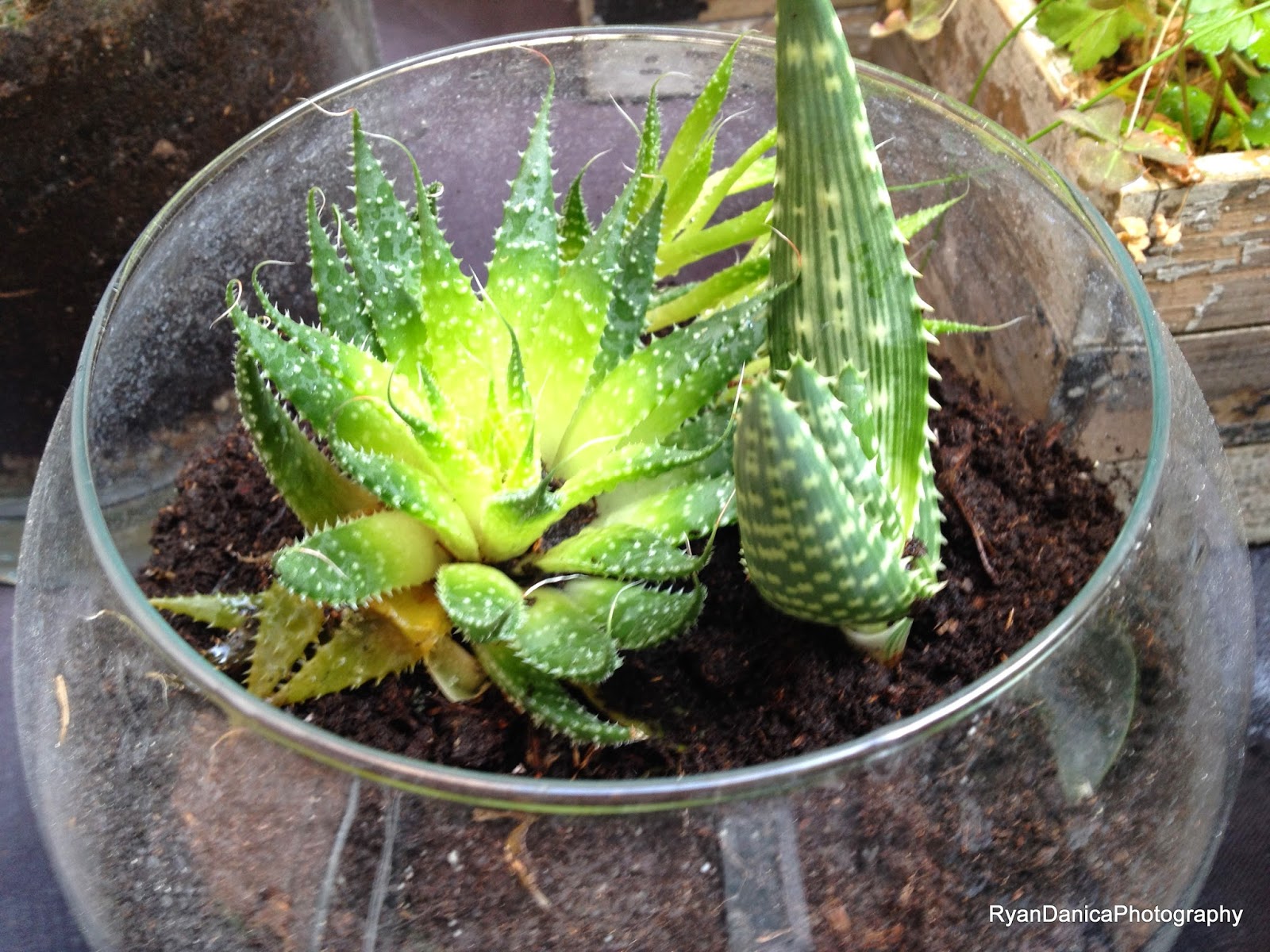 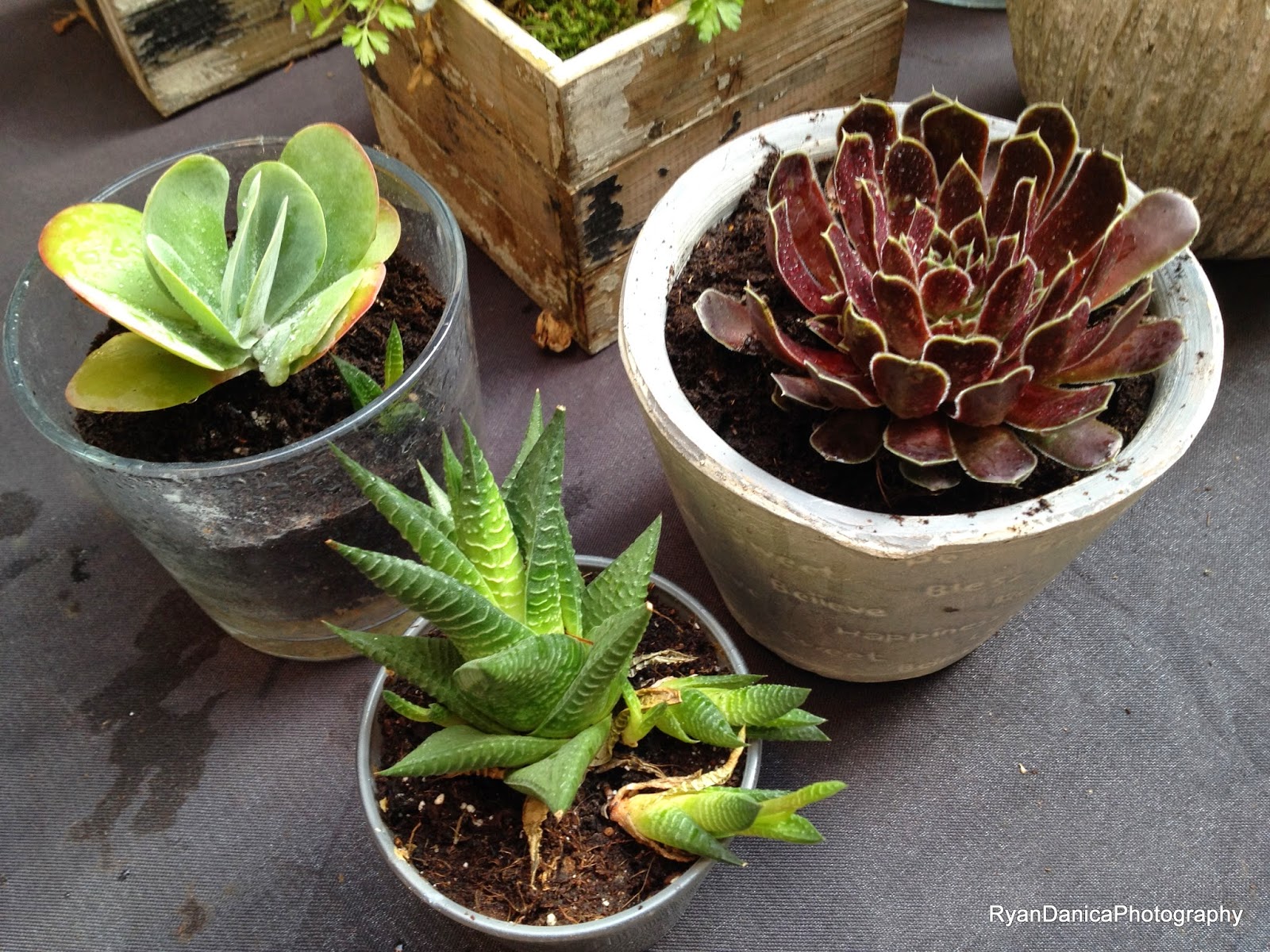 And I was hoping you could help me with one thing... any tips on how to clean the soil off the plants once they been potted?  Seems every time I ended up tossing soil over part of the plant and it just ends up looking messy!  You would think water would do the trick, but then it would be over watered?! 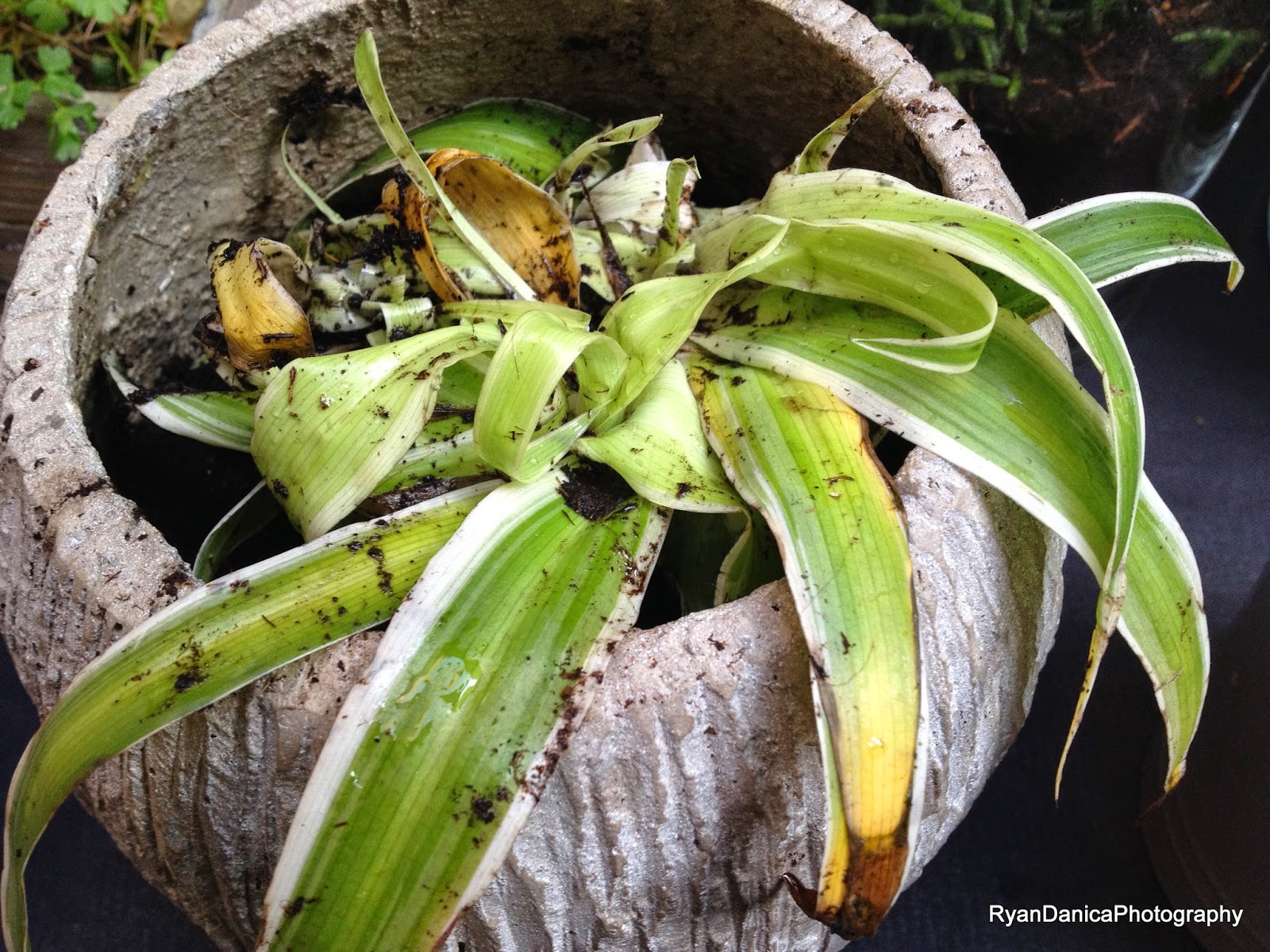 I'll be sure to give you another update in a month or so!