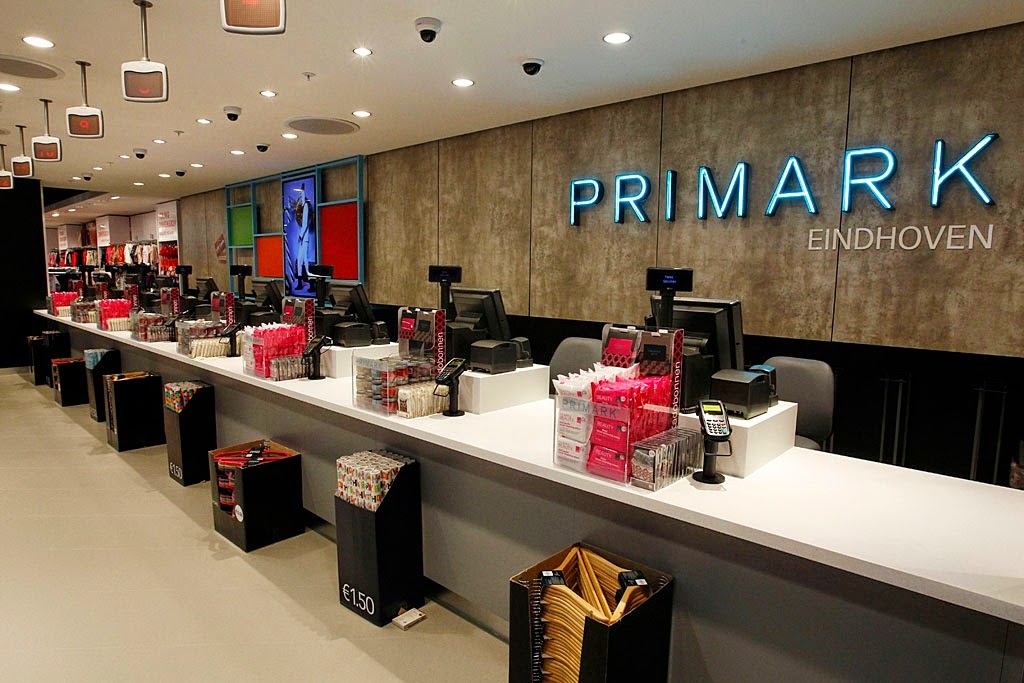 So back in November the largest Primark in the Benelux opened in Eindhoven.  To be honest, I had never heard of Primark until then.  Turns out its a British/Irish clothing retailer that sells clothes and what not at ridiculously low prices.  Seems like a great store for a frugal shopper like myself, except I hated the hype behind it all and refused to step foot inside until last week.  From the day it opened it has been insanely busy.  During the opening there were lines up and down the street.  Weeks later there was security letting people in and out to help control the chaos.  And last week, over 6 months after the opening it was still packed!

If it wasn't for wanting an outfit for a theme park and not wanting to pay more than €10 I probably never would have gone into the department store.  See theoretically I didn't need an outfit for the theme park, but I knew the year before walking around in wet jean shorts after the log flume wasn't the most pleasant experience.  My main goal was a pair of board shorts or even thin shorts that would quickly dry, and luckily I found them within 5 minutes of being in the store.  Good thing, because the chaos around us was starting to get to me.  I don't mind a crowd, but swarms of mostly women frantically going through racks and stacks of clothes is more than anyone can take.  Being that the store was new to me and the sizing was based on UK sizes, I decided I should try on the shorts so that I wouldn't have to return to the store.  We fought our way to the back and my mouth fell open when I saw the line for the changing room looping around the jeans section.  It was 11am on a Wednesday!  O.k., there went trying it on, I was going to have to hope for the best and return them if needed.  When we reached the cash register I saw the line was nearly as long as for the changing rooms.  But there were at least 10 registers open, so there was hope.  (It's so busy they even have digital boards to let you know which register is open, never seen this at a department store!)  Once outside the store we took a breath of relief and both swore we would never go back.

That was until I realized the only shirt I had to match the shorts was white, and I wasn't looking for a wet t-shirt contest at the theme park.  Oh no, this meant we were going to have to go back!  So on a Thursday at 2:30pm we returned, and it was still packed.  Almost hard to believe!

Needless to say we survived.  Found shorts for €4 and a t-shirt for €3!  Was it worth the stress and chaos... I think so.  Will I go back... damn, probably.  With prices like that I am starting to understand why all around the center of Eindhoven I see people carrying the brown paper Primark bags!