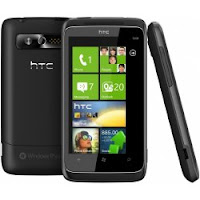 I have a small issue, a luxurious problem if you will... I have to decide between a new Windows phone or my husbands old iPhone4.  I am a happy Windows smartphone user, and I thoroughly enjoy my HTC 7 Trophy.  My husband is an Apple iPhone user, he's tried HTC & Blackberry and every time he goes back to the iPhone.  The contract on my phone is almost up, so it's time to renew which means I get a new phone!  Exciting, can't wait to get a newer version of the Windows phone, whether it be HTC or Samsung.  (Samsung is also a great product, we love their tv's & media players.)  But then the luxurious dilemma arose.  Through work my husband received a new iPhone5 which means his iPhone4 needs a home.  Considering my contract is almost over and my phone is beat up after 2yrs of use, the most logical choice is that I take over his old (basically new) iPhone4.  If you've followed my blog, you've learned I like to make logical money saving choices.  But in this circumstance, I really don't want to.  I'm not an iPhone kind of person.  It sounds silly but I am a Microsoft fan, I love most of their products.  I have Windows 8 on my home computer, I have Windows on my smartphone, we own an Xbox; I love Microsoft and I don't want to switch to an Apple product.  It sounds silly but to me you're either a Microsoft user or an Apple user, one will suit you better than the other.  I'm familiar with Apple products, we have an iPad and I've used my husbands phone before, but I am just more comfortable with a Windows phone.  I think my husband is going to use my own words about being frugal and sensible against me, forcing me to take the iPhone. 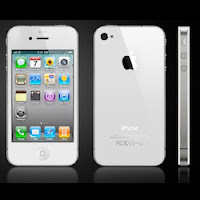 It just seems unfair, there are people out there who dream of having an iPhone and I'm having one forced on me, it's not right.  I guess I should take it, be grateful, and the first opportunity I get, go running back to a Windows phone.

What do you think?  Any Windows fans?  Any Apple fans out there?
Email ThisBlogThis!Share to TwitterShare to FacebookShare to Pinterest