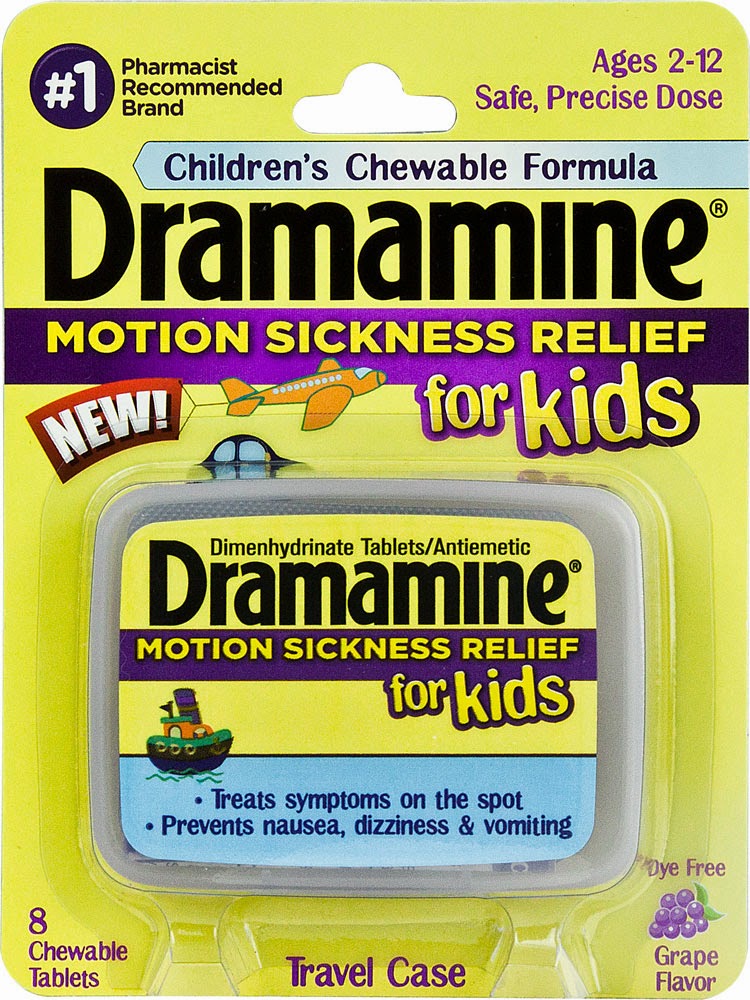 Our kid isn't prone to motion sickness, she's the kid who never complains about the car & loves roller coasters (even Space Mountain).  But something about her & an airplane don't quite mix.  She's flown between Europe & America 3 times now (12 flights due to connections), and each time was increasingly more difficult.  The poor kid had 4 vomiting sessions trying to get from AMS to PHL!!!  By the end of the flight she was covered in it, between little warning and a leaky bag it was a mess.  The poor kid couldn't even handle the smell of the food on the plane and had to cover her head in a blanket just to get some relief.  Eventually she wore herself out and fell asleep, but needless to say there was little enjoyment during the flight.  Based on past experiences we knew to pack extra clothes for the connecting flight - at least this time I wasn't alone trying to handle it.

When it was time to return home, my husband & I dreaded the flight back.  We knew it would be miserable for her, and could possibly put her off flying (and flying back to The States to see family is just part of our life).  We had to do something.  But were we really going to be those parents that load their kid up on medicine just so they sleep through the flight?  It just didn't feel right, but what was better for her, vomiting for 6-8hrs or sleeping?  There we were searching the kiosks at the airport, exploring our options, feeling kind of guilty. Then as if the clouds opened and the sun appeared we found Children's Dramamine!  It was a great option, no guilt, no unneeded flu/sleep medication - one magic pill that we hoped would change everything.  And you know what, it did!  Whether it was a mental thing or actually worked, our 4 yr old didn't vomit once or complain about being sick.  She enjoyed the flights like a kid should (well, she did skip the meals & cover her head again, but that was precautionary in her mind).

Needless to say, THANK YOU Dramamine!  And for any of you out there travelling with kids prone to motion sickness, you have to try it!