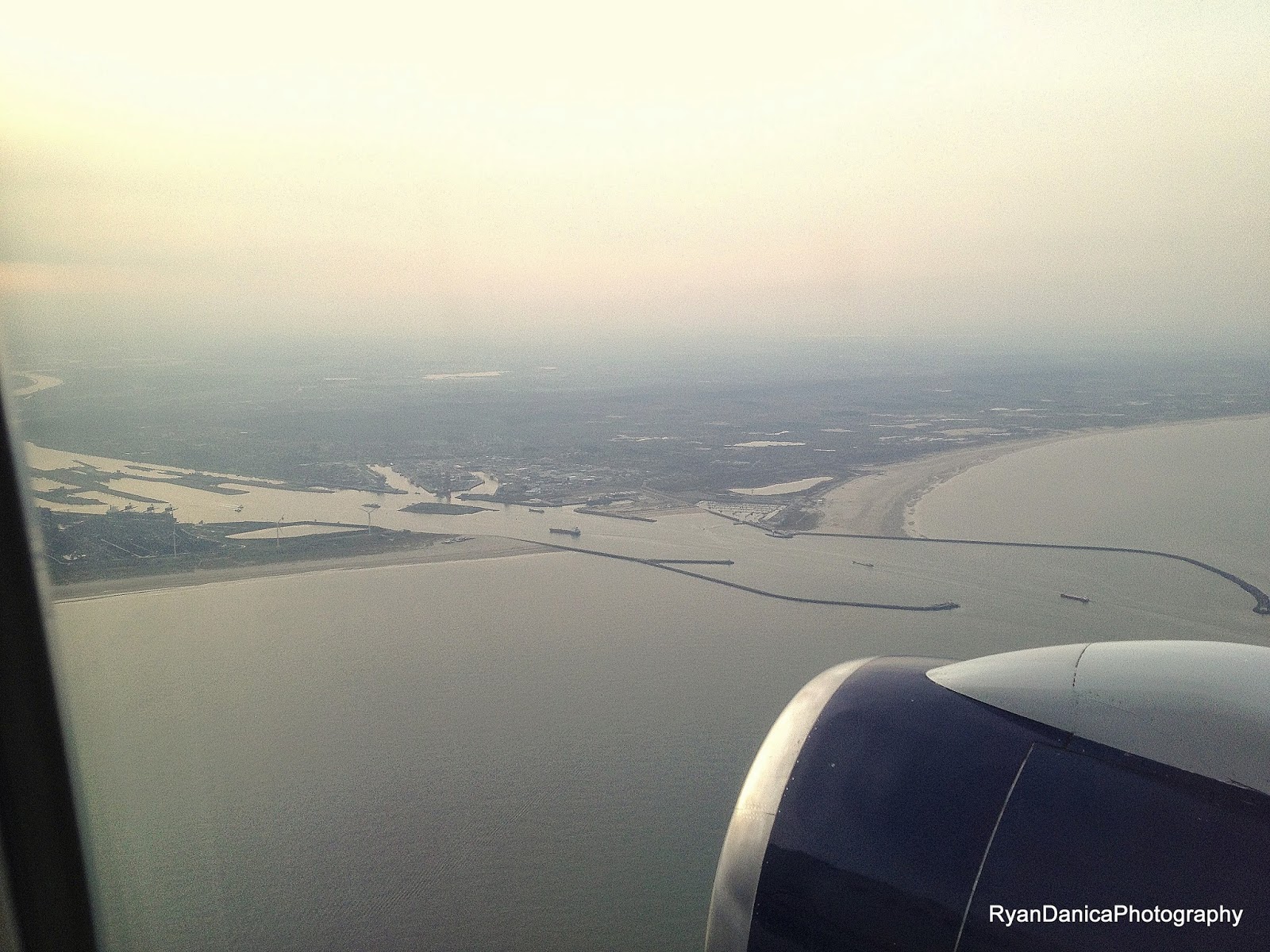 Knowing that the costs of a trip back to The States easily sky rockets, we take advantage of deals where ever we can.  This means you don't always get to fly on your favorite airline but whichever offers the best price.  This round that happened to be US Airways, and I must say the pluses (the ticket price) & minuses were almost equal.  Sure the flight was a reasonable price considering what other airlines were offering but we had to sacrifice personal entertainment.  Wow, this probably sounds spoiled but it's 2014 and the majority of airlines provide personal entertainment systems in which you can select movies, shows, or games to help you get through the 6-8 hrs it takes to get over the Atlantic Ocean.  We had no choice but to deal with it and luckily we brought our own entertainment.

Another thing we had no choice of, was what they were going to play on the communal monitors.  Now we're adults and can tune it out, but what about our 4 yr old daughter?  She was exposed to 2 PG13 movies (Ender's Game & The Book Thief) + Chicago Fire (bloody EMS scenes) on the trip over and The Hobbit : Desolation of Smaug (a nearly 3hr PG13 movie) on the flight back!  There were many times we had to shield her eyes or tell her not to look at the screen (-insert big frown-).  I was furious and obviously filed a complaint when I returned home.  You know, all US Airways had to say was a meager sorry and they appreciate the feedback for future flights.  Thanks that you'll spare other kids, but what about mine who is already sensitive to intense movies?

Besides this there was the "weather delay" in Orlando which almost caused us to miss our connection in Philly.  (A 1 hour delay without any announcements!)  Sure there were tornado warnings (on the news) & heavy rain, but that had been over for quite a while before they even started boarding passengers.  They rush on to the plane, saying over the speaker we need to hurry so the flight can leave, then once everyone is seated they say we still have to wait because the bags weren't all loaded yet!  Of course everyone with international flights were panicking, if you miss that flight it could be another day until you get home plus an unwanted stay at or near the airport.  At one point we're told they were holding the flight to Amsterdam (there were 10 of us transferring), so of course we ran from one terminal to the next.  We had counted on the lay over so we could feed our daughter, she can't handle the plane food, even the smell makes her sick.  But now we weren't going to be able to feed her!  Despite running with her in our arms, we swung by a Dunkin Donuts (only place without a line) and grabbed a bag full of croissants, at least she'd have some food.  We all arrive at the plane out of breath and out of sorts, just to find out they are now holding it for technical issues!  Thanks US Airways, would have been nice to know before we ran through the airport!!!  Then as we waited for the 20 minute delay I got to watch our luggage being left out in the rain before it was loaded onto the plane.  Luckily I had put many things in baggies, but we did have to rewash a lot of clothes and lay some other belongings out to dry once we arrived home.

In the future I'll try my best to avoid US Airways.  Last year we flew Delta and loved it, and my in-laws flew Aer Lingus and were also quite happy (food for thought).  Any of you have bad US Airways experiences?