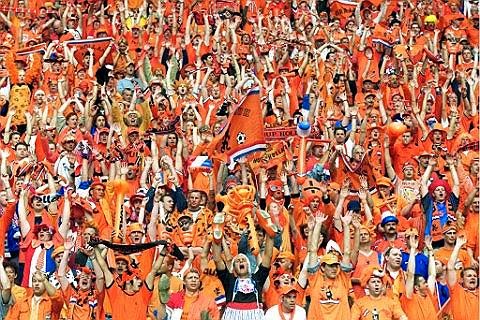 I was a little disappointed in the Dutch today.  See tonight The Netherlands plays against Spain in the World Cup (soccer) and the lack of support I saw in town this morning came as quite a surprise.  The Dutch are known for being great sports fans, dressing up in orange and coming out in herds to support their national team.  But today, I think only 1 in 10 people even had on orange (or the national colors - red, white, & blue).  Maybe they're all waiting for the game tonight?  Maybe they're just waiting to see how Holland plays and then dress up next time?  You know, if this were The States, everyone would have been decked out all day to support the national team.  Where's the team spirit guys?