Don't expect this to take long, but I had to get it out there.  There are two song singles out right now that I keep playing over and over, can't wait until the actual albums are released.  They're 2 completely different songs, different genres, and different feels but both are worth listening to!
Wow, wait a minute, I just did my research and apparently both albums are already out, I guess I've been living under a rock.  I can't wait to get my hands on them.  Anyway, I still love the debut singles and will continue to play them out! 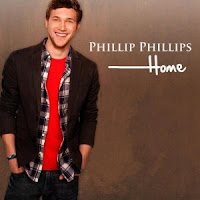 The first and definitely my favorite :
Home sang by Phillip Phillips (what a name, but easy to remember, ha-ha!)  And the album I intend to listen to pronto is The World from the Side of the Moon  His style is unusual and it was obvious he was a star from his audition on American Idols. 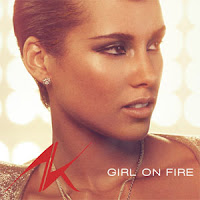 And the second song :
Girl on Fire by Alicia Keys  Apparently from the album also titled Girl on Fire.  Now this song grew on me, at first I thought she was way off and had no interest in the song, and now I find myself belting it out around the house!

Hope you check them out!
Email ThisBlogThis!Share to TwitterShare to FacebookShare to Pinterest