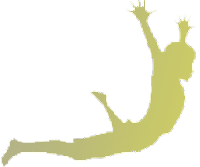 No matter how old I get a good amount of alcohol can make me do stupid things!  Over the weekend the Netherlands played Denmark in the UEFA Euro 2012 (soccer/football to those of you unfamiliar with the European Championship).  We were invited to a friends house to watch the game, but somehow I ended up being the only woman there.  I don't mind, there's just no one to reign me in when the drinks start flowing, and men tend to drink far more than women during these events.  The get together started at 5PM and we headed home around midnight, you can only imagine how much beer (oh yeah, can't forget my fav vodka/redbull) you can drink in a 6-7hr period.  On the bike ride home with our friends we cut through a skate park.  I was sitting on the back of my husbands bike when he thought it would be funny to scare me.  We were already biking quite fast and he decided to beeline it towards one of the skateboard ramps, all the while threatening to shoot us up the ramp.  I can be quite  a wimp at times, so I panicked, the last thing I wanted to do was crash the bike with us on it.  I often go to the playground with my daughter and as we're swinging I leap from the swing mid-air and land on my feet to impress her.  So when my husband said we were headed for the ramp I thought, I can do this, just like the swing I can leap off the bike.  Thanks to the alcohol, I didn't factor in the speed or the angle.  When my feet hit the ground they were immediately swept out from underneath me!  Boom, I landed on the hard pavement like the people you see on Funny Home Videos, body parts flying, basically a belly-flop on the pavement.  I was dazed but I jumped to my feet, something the adrenaline always makes me do.  I guess I had to see if I was still capable of moving.  The first thing I noticed was my ribs killed and I was extremely winded.  My husband and his friends ran over to me, all checking me over, especially my face.  Apparently it looked like my face slammed into the pavement, but luckily for me it didn't.  I was embarrassed but still too dazed to focus on that.  I had been telling a story earlier that night about relaxing when you fall, so it was perfect timing for one of my husbands friends to get his wise cracks in.  That night as I went to bed I knew my shoulder and knee hurt (opposite sides), and I kept waking up checking myself, it was hard to believe I didn't break something.  The next day the shoulder ache was gone, but then I started to feel like I had been in a car wreck.  Now two days later, my abdomen aches a lot, like I side the first thing I noticed after jumping was the pain in my ribs.  My knee is aching and a bit swollen, and I still feel like I hit a brick wall.  Oh yeah, and the embarrassment has definitely grown.  It's not often my husband invites me to tag along during a guys night out, and I doubt that'll be happening again soon!
Email ThisBlogThis!Share to TwitterShare to FacebookShare to Pinterest