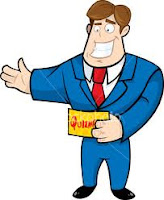 I've lived in Eindhoven for almost 7 years, and it wasn't until this past year that I ever heard of International Quiz Night at the Carrousel.  Now I know pubs in Utrecht host them, because my husband & his friends used to go, but now there's one nearby!  I love games, video games, board games, and especially quiz games.  I rarely win but luckily I'm not a sore loser.  When I heard about quiz night, I jumped to join in, even though I was told it's quite hard.  It's been over a decade since I graduated high school and the past couple years of my life have mostly revolved around my kid, so I was a little intimidated to participate.  I didn't let it stop me though.  Back in April I met a group of women for the 3 hour quiz, and I was shocked to see how many people were participating, there were 30 teams!  We didn't come in last, but we sure didn't come in first either.  And to be honest, I felt I contributed little.  At times I wondered if I had ever paid attention in school, and other times I questioned if these were the subjects students learned about in college.  (I only went to a couple years of community college.)  No matter what, I had fun, and it was nice to challenge myself in a new way, and clear out some of the cobwebs cluttering my brain.

When the opportunity arose last month to go to quiz night with Mums & Toddlers, I signed up right away.  This time it was a whole new group of women, some I knew and some I didn't.  We pulled together, different ages, different backgrounds (Australian, South African, Scottish, & American) and didn't do half bad.  And this time I actually felt like a worthy member of the team; I was able to provide answers other than the ones you're given hints about the day before the quiz.  Last time I was a little embarrassed that some how every question made me think of children's movies and songs, I am a SAHM, but this this time it actually came in handy (you never know what kind of questions you might get).  I'm not going to form an official team and compete weekly, but it is a fun night out once a month.  The company, Number42, does a good job at coming up with interesting and challenging questions (in English), and the fact they host it at a restaurant gives us access to food and drinks which I can't complain about.  Something about two beers and the quiz ending after 11PM, means I am no longer capable of doing math because both times I have gone I have forgotten to pay my complete tab.  I guess by the end of the night my brain has had enough!  I highly recommend participating in a quiz night in your area, and for those of you near Eindhoven, it's at the Carrousel on Thursday nights!
Email ThisBlogThis!Share to TwitterShare to FacebookShare to Pinterest